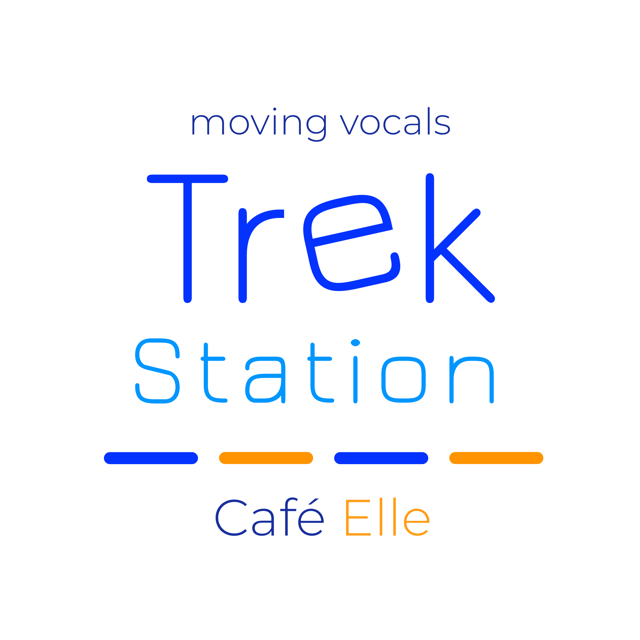 in memory of Jeffrey Willems

Without any signal or warning, my dearest friend Jeffrey's life has ended. His life full of plans, work and love for people and music ended unexpectedly.

I will take care of his Café Elle. But how to go on with all other
Trekstation-channels without Jeffrey? How I miss him!

In 1982 Jeffrey and I were busy with the radio station Virginia in the Netherlands. That's where we met each other.

The age difference with Jeffrey is four years. When I met him he was probably 12 or 13. I was 16. Jeffrey was obsessed with radio. And especially for that reason, he deserved a place at our radio station. In the years that followed, we grew up in a group. But when I was 20 and had become a sensible adult young man, Jeffrey was only just 16. The amazing thing was that he went further than me. In all aspects of radio. Lyrics, music and atmosphere.

What was instructive for us at that time is that, in addition to making radio shows, we were given the opportunity to research and collaborate on everything that had to do with radio. Of all technology, purchase equipment, connect equipment, repair, place transmitters and antennas, adjust audio processing, etc.

It's hard for me to find the words that do justice to how great his radio talent is. An unique talent already present in a boy in puberty. In addition, he was a pleasant person with a passionate, sincere and studious attitude to life.

Our lives took a different route in the late 1980s. I graduated my study and got a job in a public health center.

After working for Roulette radio in Baarn, Jeffrey became a journalist for a regional newspaper. Then he was able to work at Sky Radio and via Sky radio he went to Radio 538. Both commercial and very popular national radio stations.

Then he started working as a freelancer at our national public broadcasters. This was 1996. 3FM and NPO radio2 were his basements. He made radio shows for KRO and AVRO. Later he exchanged his freelance work for an employment contract with AVRO.

For AVRO-radio he developed new technology too. He was responsible for setting up several themed web radio channels. He also developed the technic and content for podcasting.

In addition to creating his radio shows, he also became the station voice for AVRO. All promos for radio- and televisionshows were spoken and arranged by him.

Around 2010 Jeffrey established himself as independent company. He wanted to broaden his horizon into images. He founded a video production company but also continued his voice work.

From Jeffreys era at the national public broadcaster he worked in a passionate team. One of his colleagues, Mark Berbiers, maintains a website to highlight the music on which some radioshows were based,

The website and webstream contain all the love, passion and expertise for soul-music.

In his spare time Jeffrey likes to go away for a day/weekend in nature. His favorite place became a campsite in Friesland. He became good friends with the owner. Jeffrey helped with all kinds of odd jobs, but he mainly focused on the catering space; the pub. Like no other Jeffrey is able to combine atmosphere with music. He set up an automated audio system with a database filled with music that matches the atmosphere of the pub.

When Jeffrey and I were working with it, we always talked about “the Cafe”.

Jeffrey didn't listen to music but he experienced the music. The rhythm, melody and lyrics. He noticed every detail. A double snare strike or a transition from minor to major, he heard it and it affected him (or not). And always unbiased. Known or unknown artist, he listened and found it suitable or not.

When the camping site clearly changed course with the music, Jeffrey decided, to my great pleasure, that he wanted to continue “the Cafe” with me at Trekstation. This is where Cafe Elle was born. (2017/18) He also made a Chillout-Lounge channel on Trekstation. He wanted to start a classical music channel too. But maintaining three channels became too much for him and he exchanged the location of the Chillout channel for a classical music channel; The Classical Lounge.

During this period Jeffrey also made radio shows for Radio MiAmigo International. He really enjoyed it especially to do it together with his other youth friend Lion Keezer. (From Decibel Radio Amsterdam)
https://www.radiomiamigo.international/english/jeffrey.html

Then Jeffrey chose a new route in his life again.

And this chapter is also enviably admirable. Because helping people professionally is not allowed just like that. This requires training (and licensing). A heavy education that demands a lot in daily life. At least financially, socially and emotionally.

Jeffrey bit himself into it and went for it. He has made every sacrifice to complete the Stress and Burnout coach training. During his graduation he was labeled as an “asset to the profession”.